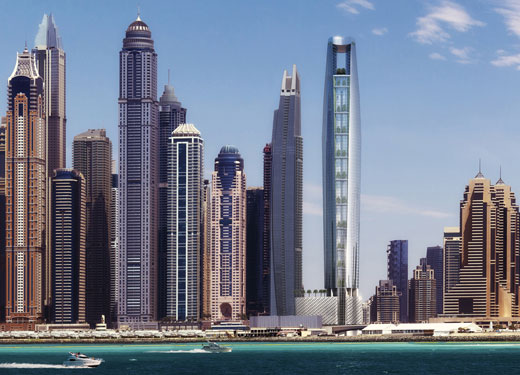 The UAE, led by upcoming developments in Dubai, consolidated its position as the region’s largest and most important hotel market in October, according to new data published by hotel industry analyst STR.

In addition, there are 28,541 rooms in the final planning stage and 45,273 rooms in planning, according to STR.

The UAE has 52,810 guestrooms under construction, equating to 30.1% of existing supply in the country.

By comparison, second-ranked Saudi Arabia currently has 38,912 guestrooms under construction.

As one of the UAE’s leading hotel developers, The First Group currently has seven properties under development in Dubai in dynamic precincts including Dubai Marina, Business Bay and Jumeirah Village.

In the Marina district, it is developing Ciel, the award-winning high-rise development that will be the world’s tallest hotel upon completion. Designed by leading international architect NORR, Ciel will house 1,042 luxury guestrooms and suites, world-class guest amenities, and a panoramic rooftop observation deck that will be the tallest in Dubai Marina.

How to Invest in Dubai? Best Places & Ways...