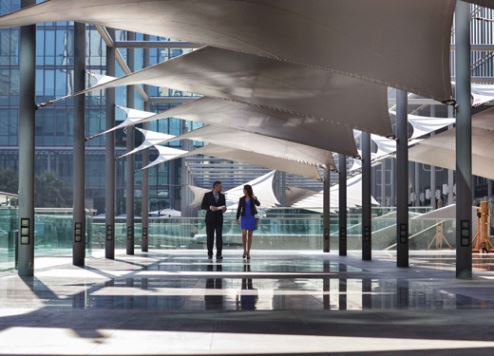 “The latter point is particularly important for organisations whose staff are spread across several buildings.”

Dubai’s position as first choice for international firms targeting expansion in the Middle East is very important. In addition to direct real estate considerations, the relative depth of the labour pool and the quality of the aviation transport sector are cited as important in corporate decision making.

“Poorly located offices with indifferent facilities, particularly those which are badly managed, will struggle against more competitive new stock.”

At the beginning of the year, the global stock markets were unstable, however the service sector was not adversely impacted. The study implies that economic growth is expected to pick up in the coming quarters which will then translate into further occupancy cost increases.

The report revealed how 22 markets had moved more than three ranks upwards and EMEA markets account for a 36% global market share. CBRE tracks occupancy costs for prime office space in 126 markets around the globe.

The study also found that occupancy costs in the EMEA region increased 2.1% year-over-year on an annual basis, on par with the 2.2% gain seen in Q3 2015. Dublin, Stockholm and Barcelona were the fastest- growing markets in the region. Most Central and Eastern European markets were down year-on-year, including Moscow, which is still in the midst of a recession. Costs accelerated quickly in South Africa, with Johannesburg, Cape Town and Durban all seeing increases of at least 6.9% from year-ago levels.

These rates of occupancy cost growth may seem low compared to the higher pace of growth in some of the individual markets where demand for space is very high. However, it is important to keep in mind that inflation is low, so 2.4% represents real growth in office occupancy costs, and is significant for both office users and investors.

Dubai’s occupancy cost was the 23rd most expensive in the world, just behind Sydney, Australia.