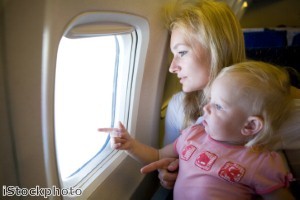 Dubai International is on track to become the world's busiest airport after seeing a 4.3 per cent rise in passenger traffic during November, according to a report issued by its operator.

In total, 5.65 million travellers passed through the airport in November, up from 5.337 million compared to the same month in 2013.

The report from Dubai Airports reveals that year-to-date traffic jumped by 5.9 per cent to 63.977 million versus the 60.384 million passengers recorded in the first 11 months of last year.

Commentating on the results, Paul Griffiths, chief executive officer of the operator, said: 'Given the traffic achieved in the first 11 months, together with some of the busiest days on record in December, we are confident of ending the year above the 70 million mark and confirming our position as the world’s busiest international airport.

“Looking forward to 2015, the prospects remain exceedingly bright and we expect to maintain the growth achieved this year in the next 12 months.'

Mr Griffiths added that Dubai Airports will continue to invest in world-class facilities next year in order to meet market demand, which includes opening the new Concourse D in the first half of 2015.

During November, aircraft movements climbed ten per cent, taking the monthly total to 34,690, up from the 31,525 recorded in the same period in 2013.

Breaking the passenger traffic down by region, eastern Europe is the fastest growing area, achieving an year-on-year increase of 54.1 per cent last month. This growth has been spurred on by a strong performances from Budapest, Prague and Warsaw.

South America and Asia also experienced growth in November, experiencing increases of 15 per cent and 13.8 per cent respectively. India maintained its leading position, supported by double-digit rises in passengers from New Delhi and Mumbai.