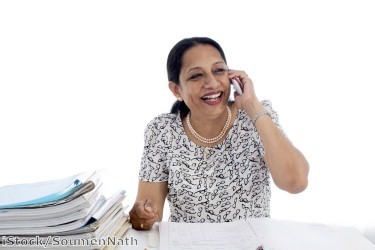 In the first quarter of this year, Indian, Russian and British women bought property in Dubai worth billions of dirhams, according to data from the Dubai Land Department (DLD).

Figures seen by Emirates27/7 reveal that 416 females from India purchased real estate with a combined value of AED1.05 billion (£185 million) in the first four months of 2015, while 253 of their Emirati counterparts bought AED884 million worth of property.

Some 295 British women spent AED666.5 million on real estate in Dubai and 195 ladies from Pakistan made purchases worth AED268 million.

Properties with a combined value of AED222 million were snapped up by female investors from Russia, while 87 Chinese women spent AED159 million on real estate in the emirate, 67 Saudi Arabian ladies invested AED149 million and 78 women from Iran spent AED139 million.

The statistics from the DLD reveal that, overall, there were 2,416 real estate transactions made by women - totalling AED5.84 billion - in the first quarter of 2015. They also indicate that Dubai is able to attract a diverse range of investors of different genders and ethnicity from across the globe.

Earlier this month, it was revealed that 75 per cent of real estate in the emirate is purchased by overseas buyers, according to data from Christie's International Real Estate's latest 'Luxury Defined' report.

This means that Dubai is home to the most attractive property market to foreign investors in the world. It is also the most popular global city for second home purchases, which is indicative of the wealth and lifestyle of people attracted to the emirate.

Speaking to Gulf News, regional vice-president for Christie's International Real Estate Joachim Wrang-Widen commented: "For international buyers, the opportunity of acquiring real estate in a market that is characterised by dynamism and an extremely large degree of foreign population without any income tax or capital tax being levied contributes to international purchasers viewing the Dubai market favourably."