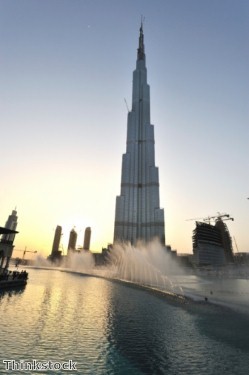 The GCC region will invest more than $210 billion (£139.2 billion) in major projects to prepare for Dubai's World Expo 2020 and Qatar's FIFA World Cup 2022, according to Dr Mohamed bin Saleh al-Sada.

While speaking to the audience at the recent Intercem Doha 2015, Dr al-Sada, the minister for energy for Qatar, said that of this sum, $120 billion will be spent strengthening the transport system of the region, such as building roads and bridges.

He added that massive infrastructure projects will boost several industries in the GCC, with the World Cup likely to invigorate the construction sector, particularly impacting companies that make cement.

"In fact, the construction industry in the Middle East, particularly the GCC, is expected to witness the fastest growth in the period between 2016 and 2020, thanks to the huge infrastructure investment by Qatar, the UAE and Saudi Arabia, among other countries, and two major global events to be hosted in the coming decades, Dubai's Expo 2020 and the FIFA World Cup in 2022," Dr al-Sada explained.

Referring to a report from the Global Construction Outlook 2020, he told the audience that the increased activity would be the driving force that will boost the region's share construction markets to 52.8 per cent of the global output in 2015, rising to 56 per cent by 2020.

The World Expo 2020, which will be held at the Dubai World Trade Centre between October 2020 and April 2021, is expected to have a massive impact on the emirate's economy and is predicted to attract 25 million visitors during its run, 17 million of which will be international.

According to Jones Day analysts, the event will  generate around $23 billion for the emirate, which is equal to around 24.4 per cent of Dubai's current gross domestic product between 2015 and 2021.