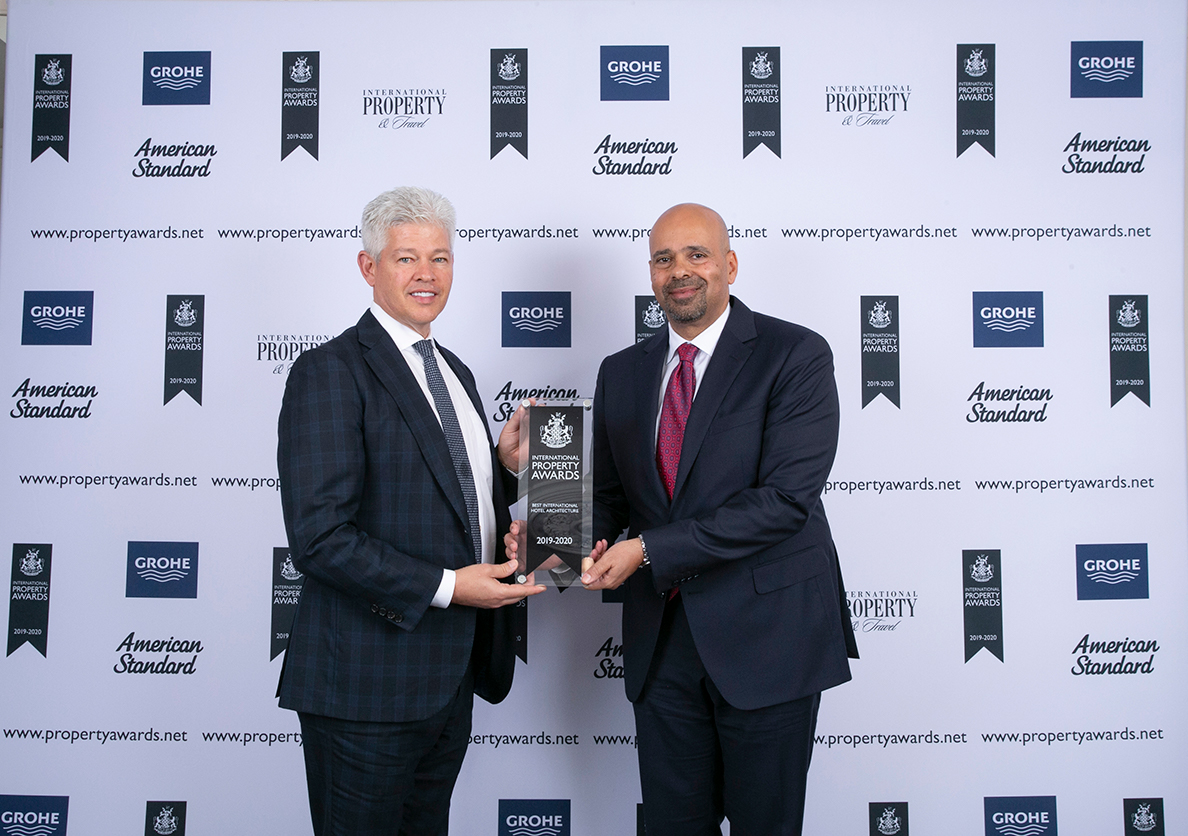 Ciel, The First Group’s landmark hotel currently under development in Dubai Marina, has outshone rivals from around the world to claim the top prize in three major categories at the prestigious 2019 International Property Awards (IPAs).

Designed by award-winning architectural firm, NORR, Ciel will reach a height of 360.4 metres and will house 1,209 luxury suites and serviced residences upon completion.

“We are extremely honoured to receive these prestigious awards for Ciel,” said Rob Burns, CEO of The First Group, who received the awards on behalf of the firm.

“Ciel is a remarkable project that will become a landmark in its own right, further enhancing Dubai’s reputation as one of the world’s great cities and tourism destinations.

“The ambition and character evident in Ciel’s striking design reflects our unique approach to developing quality hotels that strive to set a new benchmark for upper midscale accommodation.”

The International Property Awards are judged by an independent panel comprising more than 80 industry experts and chaired by Lord Caithness, Lord Best, The Earl of Liverpool, and Lord Thurso, who are all members of the House of Lords in the UK Parliament.

The judging panel considers factors including design, quality, service, innovation, originality, and commitment to sustainability, when selecting overall winners in each category.

Ciel is situated in the heart of Dubai Marina and is conveniently located close to its many attractions, including the popular Marina Walk al fresco dining and retail precinct, the Marina Mall shopping and entertainment complex, and Bluewaters Island.

The First Group is one of the region’s fastest-growing hotel developers with a pipeline of seven properties under development in some of Dubai’s most popular districts, including Business Bay, Dubai Marina and Jumeirah Village.