Why the UAE is a hotbed for consumer electronics 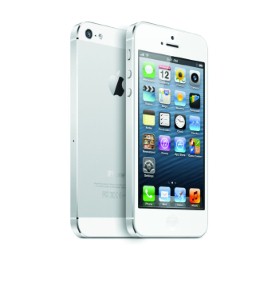 The UAE is steadily building itself a reputation for being a technological hub and there are numerous reasons for this.

Firstly, a number of international companies - like Google and Microsoft - have set up a base in Dubai, a city that has a burgeoning tech district.

In addition to this, renowned innovators such as Apple are now choosing to launch some of their latest products in this part of the Middle East, as they are aware it is an increasingly lucrative market.

The demand for consumer electronics in the UAE has gone through the roof in recent years - a point that has been emphasised by a new study commissioned by dmg events Middle East.

According to the findings, 71 per cent of the country's residents said they could not live without their smartphones or laptops.

The survey was conducted ahead of The Life & Style Show UAE, which will take place in Abu Dhabi between December 5th and 7th and it is the clearest indication yet that the Gulf nation is crazy about gadgets.

In fact, the country's consumer electronic market is expected to be worth a staggering US$3.97 billion (£2.5 billion) by 2015.

'What better place to fuel this passion than at The Life & Style Show UAE - the biggest consumer lifestyle show the country has ever seen, of which the Gizmos, Gadgets & Tech Show is a key part.'

Around 51,000 people are expected to attend the show, which further highlights the love for new technology in this part of the world. Aside from taking in various demonstrations and exhibitions, visitors will also be able to purchase the very latest state-of-the-art devices.