Where do Dubai's hotel guests come from? 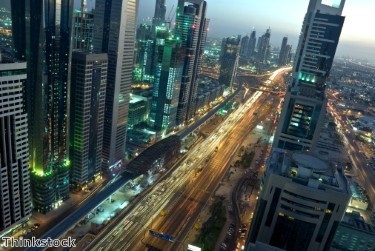 Dubai's hotel industry is thriving. Recent figures from the Department of Tourism and Commerce Marketing (DTCM) show some 11.63 million guests stayed in the emirate during 2014. This represents growth of 5.6 per cent compared to the year before and suggests good progress is being made towards the goal of attracting 20 million tourists per year by 2020.

But where are these visitors coming from and how can hotels ensure they take advantage of the growing number of people flocking to Dubai? We take a look below.

According to the DTCM figures, Saudi Arabia was the nation that had more individuals stay in the emirate than any other in 2014. This is the second year in a row that the nation proved the biggest source of tourists for the city.

The growing number of Saudis visiting Dubai has previously been highlighted by Nasser Al-Tayyar, president of Al-Tayyar Tourism and Travel Group.

Speaking in September, he said: "Dubai is the top holiday destination for Saudis owing to its numerous attractions. Secondly, political instability in neighbouring Arab countries, which were favoured by Saudis earlier, has diverted them to Dubai."

Meanwhile, in August, the Saudi Gazette highlighted research from Al-Riyadh Daily that revealed more than a third (35 per cent) of guests staying in the emirate's hotels during Eid were from Saudi Arabia.

The DTCM figures show that Indian tourists are the next most common in Dubai, with the number of people travelling to the emirate from the nation growing by more than 12 per cent last year. In August, Hotels.com revealed the city was the most popular destination for Indian travellers in 2014, moving up two places to knock Bangkok off the top.

From Britain to Beijing

The DTCM highlighted the UK as the nation that accounted for the third-highest number of tourists in Dubai. This is important, as it indicates the emirate is attracting Western visitors as well as those from other Asian nations. Indeed, the number of people coming to Dubai from the UK rose by more than 11 per cent last year.

Brits' interest in the emirate does not stop at tourism, however, as it was recently revealed by the Dubai Land Department that they are the third-largest investors in the city's property market.

Where else do Dubai's hotel guests tend to come from? Iran, Oman, China, Kuwait, Russia and Germany completed the top ten released by the DTCM. The number of Chinese tourists in particular has grown considerably. Some 344,329 people from the nation stayed in a Dubai hotel in 2014, which represents yearly growth of 24.9 per cent.

According to the DTCM, this significant increase is a result of the growing number of Chinese people looking to travel abroad and the efforts of the Dubai authorities to ensure they see the emirate as a destination of choice.

What do these figures mean for Dubai's hotel industry? Well, for a start, they represent extremely good news and suggest a prolonged period of growth may be on the way as the emirate continues to move close to 2020. Knowing where their visitors are likely to come from also allows hotels to ensure they provide the best service possible and cater for the specific needs of people from across the world.