What impact will the Expo 2020 have on Dubai's economy? 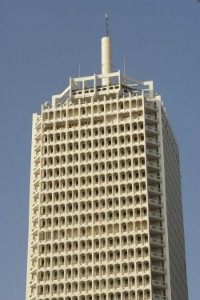 Back in November 2013, celebrations exploded across Dubai as news broke it had won the privilege of hosting the World Expo 2020, as people understood how much the event will impact the emirate and its economy.

Every country bidding for the chance to host the important event knew that winning would come with significant benefits, advantages that Dubai will be able to enjoy during the next five years, after its 'Connecting Minds, Creating the Future' concept was chosen as the victor.

According to the committee that will organise the Expo 2020, the theme echoes the powerful spirit of partnership and co-operation that has been the driving force behind the UAE's success in the creation of new paths of development and innovation.

It believes that through this winning concept, the event will serve as a catalyst, connecting minds from around the globe and inspiring both Expo attendees and exhibitionists to work together to solve shared challenges.

The World Expo is considered to be the third-largest global event in terms of economic and cultural impact, coming after the Olympic Games and the FIFA World Cup. It attracts millions of visitors during its six-month run, with the 2020 edition expected to lure 25 million between October 2020 and April 2021.

In addition, it is likely to attract substantial foreign investment to Dubai, and the wider UAE, and will build upon the emirate's core economic sectors, including financial services, construction, tourism and hospitality.

Potential impact of the World Expo 2020

The Expo is expected to add a significant amount of dirhams to the economy of Dubai and the UAE, although a precise figure is difficult to predict.

According to Jones Day analysts, the event is likely to generate around $23 billion (£14.8 billion) for the emirate, equating to around 24.4 per cent of Dubai's current gross domestic product between 2015 and 2021.

Furthermore, it is likely to boost the economic growth of the emirate by an average of 6.4 per cent every year from 2014 and 2016 - potentially rising to an enormous 10.5 per cent by 2020. Jones Day came to these figures by calculating the total estimated spend by the government, participants, visitors and general commercial activity related to the event.

For the Expo 2020 to go off without a hitch, the government will invest substantial amounts of money to strengthen the emirate's infrastructure in a host of development projects. A total of around $8.7 billion has reportedly been set aside for investment related to the event - money that will benefit Dubai even after the Expo closes its doors in 2021.

The UAE's government has predicted that revenues of up to $17.7 billion will be generated if the Expo is a success, which organisers feel is a certainty.

In addition, some analysts have predicted that between 2014 and 2020, the UAE could attract as much as $150 billion in foreign direct investment across a range of industry sectors, particularly real estate, hospitality and tourism.

As mentioned earlier, the Expo 2020 is expected to attract 25 million visitors, 17 million of which will be international, during its six-month run, and will obviously provide a huge boost to the tourism and hospitality industries.

Quality hotels and accommodation located near where the event will be held will enjoy higher occupancy rates between October 2020 and April 2021. Helal Al Marri, director-general of Dubai's Department of Tourism and Commerce Marketing believes the event's impact on these sectors will be huge.

"We can now leverage the hosting of Expo 2020 and the focus it will place on Dubai as a means to attract visitors to Dubai," he said.