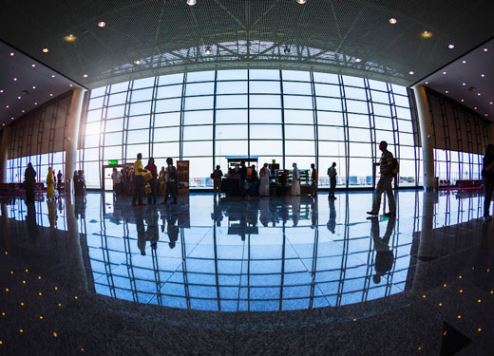 Dubai Airports has attributed a significant rise in passenger traffic at Dubai’s new Al Maktoum International Airport – Dubai World Central (DWC) in 2017 to the introduction of visas on arrival for Russian visitors to the city.

The annual figures were boosted mainly by a surge in traffic on Eastern European routes which recorded a spike of 168% to take the total number of passengers during the year to 452,631.

Spurred by the change last year in visa regulations that offer visas on arrival to Russian visitors, Russia emerged as the single largest contributor to traffic from Eastern Europe with a growth of 955.4% totalling 279,100 passengers in 2017.

Western Europe also recorded a surge in traffic with passenger numbers reaching 94,452 (+34.6%). Germany was the single largest contributor in the region with 41,671 passengers, propelled by the launch of service by Condor and their partners FTI Group and Meeting Point International that connects DWC with multiple cities across Germany including Frankfurt, Dusseldorf, Leipzig, Hannover, Cologne, Munich, Berlin, Stuttgart, as well as Basel in Switzerland.

Airlines that were top traffic contributors at DWC during the year include Wizz Air, Azur Air, Royal Flight, Condor and Ural Airlines.

“DWC’s performance this year was very satisfying both in terms of passenger numbers as well as cargo volumes. The airport is gaining popularity among airlines operating point to point routes, thanks to the unique advantages of convenience, quick turnaround times, and cost efficiency that DWC offers to carriers and passengers. DWC will have much more to offer to our airline partners and customers in 2018 as the project to expand the capacity of the passenger terminal building from 5 million to 26 million passengers per annum is nearing completion,” said Paul Griffiths, CEO of Dubai Airports.