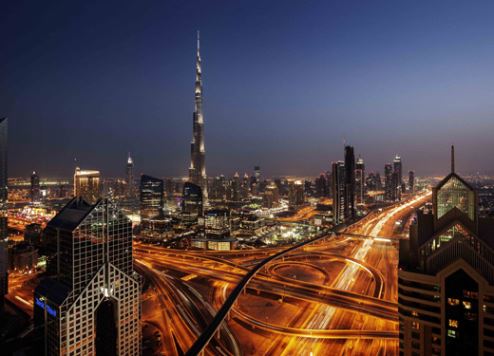 The exclusive UberChopper service, which was introduced for the Abu Dhabi Grand Prix weekend and UAE National Day, proved so successful that Uber will continue offering 20-minute helicopter tours of Dubai for a month or two, the company said.

The UberTour is available from 10am to 4.30pm daily.

It starts with a safety briefing at The Atlantis helipad on The Palm Jumeirah before taking off for a journey over Old Dubai, Downtown Dubai and Dubai Marina.

A helicopter ride booked for a group of six costs AED 530 per person, while individual seats are priced at AED 630.

UberTour is being operated in the same fashion as the company’s car service, with bookings made through the app.

Once the location is confirmed, a taxi driver picks up customers and takes them to the helipad at Atlantis on The Palm, Jumeirah, to begin their tour.

The UAE – “a good chopper market” - was one of UberTour’s most successful ventures to date, he added.

The Middle East is one of Uber’s fastest growing regions globally.

The company recently revealed plans to invest US$250 million in the Middle East and North Africa (MENA) market with the ride-sharing service now eyeing Saudi Arabia and Egypt as potential markets.

Since its launch in San Francisco in 2009, Uber has expanded to 330 cities across 60 countries.

It has established itself as one of the world’s best known mobile-based car hire companies, valued at $41 billion, according to CB Insights.