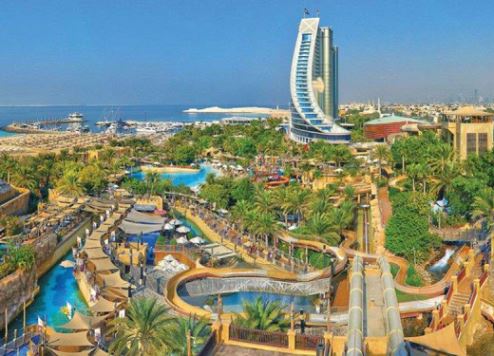 The UAE’s theme parks will attract more than 19 million admissions a year by 2020 if current trends continue, data released by Colliers International has revealed.

The prediction is made using existing admissions data for Dubai’s Aquaventure and Wild Wadi water parks and Yas Island’s Ferrari World and Waterworld, as well as a sample of new and upcoming parks.

All four parks have experienced a strong correlation between the rising number of visitors to the UAE and its admissions, with their combined admissions predicted to reach 19 million visitors annually.

Similar patterns are expected to be seen for IMG Worlds of Adventure and Dubai Parks and Resorts (DPR), which opened in Dubai this year.

Both parks have ambitions to draw in millions of visitors in their first year of operation, with IMG expecting to attract 4.5 million visitors and Dubai Parks and Resorts predicting 6.7 million visitors.

The bullish predictions were published in a report titled Theme Park Tourism, by Colliers International, and released to coincide with the phased 2016 opening of DPR, with the final park, MOTIONGATE Dubai, scheduled to launch this month.

Typically, a theme park can expect to attract a visitor mix that is approximately 70% domestic, up to 20% regional and around 10% international, with MICE groups also forming a large share of admissions especially in cities with a strong business culture, according to Colliers.

IMG Worlds of Adventure and DPR will be exhibiting at Arabian Travel Market (ATM), which takes place from April 24 to 27, 2017 at Dubai World Trade Centre.

IMG will be taking a stand 74% larger than in 2016, which demonstrates the growing importance and impact of theme parks to regional tourism.

This will be one of the topics explored and discussed at this year’s show as part of the ATM conference programme.

“Dubai has a unique chance to replicate the success we have seen in other markets such as Orlando, Singapore and Tokyo, attracting new arrivals while also capturing a share of both the stop over and direct tourism markets,” said Simon Press, senior exhibition director, Arabian Travel Market.

“Theme parks are a new addition to the tourism landscape here in the GCC and it’s important that destinations are positioned to take full advantage of the benefits they can bring.”