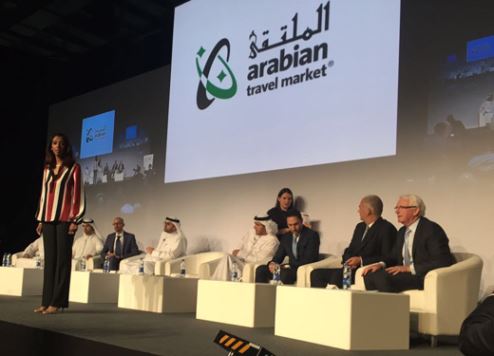 A lively debate which showcased the UAE’s future as a global tourism hub kicked off proceedings at Arabian Travel Market (ATM) today.

A stellar line-up of tourism industry movers and shakers headlined the conference seminar on ATM’s Global Stage. The discussion focused on the grand vision for the UAE as one of the world’s leading destinations and how will it evolve over the next decade and beyond.

The session was moderated by Zeinab Badawi, Broadcast Presenter, BBC World News, who steered discussion through talking points such as unique selling points of each emirate and their tourism goals, the important role played by the UAE’s aviation infrastructure and airline industry, new mega projects in the pipeline and how Expo 2020 is set to put the UAE on the global tourism map.

Visitor numbers and hotel developments across all the emirates showed signs of positive growth in 2015.

Now in its 23rd year, ATM 2016, which is staged at the Dubai International Convention & Exhibition Centre (DICEC) from April 25-28, will build on the success of the 2015 show, which witnessed a year-on-year increase in visitor attendance of 15% to more than 26,000 delegates. The number of exhibitors increased by 5% to 2,873 and business deals worth more than US$2.5 billion were signed over the four days.