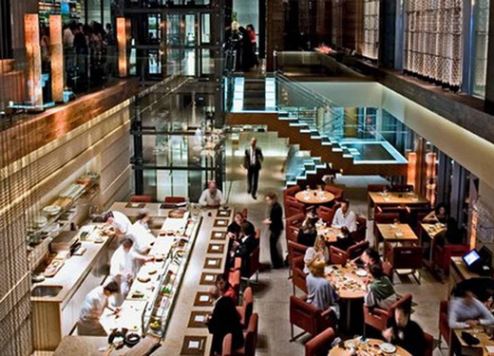 Two leading Dubai restaurants have been named among the world’s best.

Zuma Dubai and La Petite Maison were the only two restaurants in the region to find their way on to The Diner’s Club World’s Best Restaurants list, ranking at 89 and 99 respectively.

It is the fifth consecutive year that Zuma Dubai has made the list and marks the fourth appearance for La Petite Maison.

Both restaurants are located in the Dubai International Financial Centre (DIFC), which is fast becoming a hub for some of the city’s leading eateries.

Compared with last year’s rankings, Zuma has dropped one place and La Petite Maison has re-entered having last won a place on the list in 2014.

Zuma global managing director Ajaz Sheikh told Caterer Middle East: "Being placed in the World’s Best ranking is an incredible achievement, but to earn a place for five consecutive years is sensational. I am incredibly proud of the entire Zuma family.”

La Petite Maison Dubai general manager Antoine Jaillet said: “We are extremely honoured and humbled to be recognised once again by such an esteemed group of industry leaders and win a spot in the World’s 50 Best Restaurants list."

The World’s 50 Best Restaurants Awards, sponsored by S.Pellegrino and Acqua Panna, are widely respected as a credible indicator of the best places to eat globally, based on quality of food, service, surroundings and atmosphere.

Now in its 14th edition, the awards recognise 100 restaurants as the world’s best as determined by the votes of 1,000 industry experts, including food writers, chefs and restaurateurs, who comprise The Diners Club World’s 50 Best Restaurants Academy.

Judges list their choices in order of preference, based on their restaurant experiences of the previous 18 months.

This year’s 51-100 list includes restaurants from 21 countries across six continents, with 15 restaurants celebrating their debut on the list.