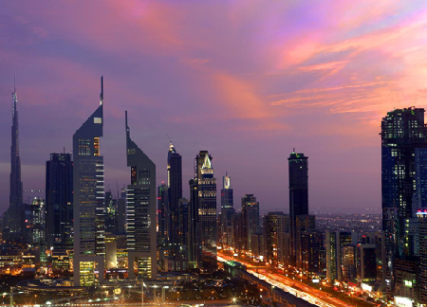 Dubai’s economy will expand by around four percent this year, driven by the emirate’s strong trade and tourism performance on the back of lower oil prices.

That’s the message from Dubai’s Department of Economic Development (DED), which has predicted a year-on-year increase in tourism and retail activity, which are two of the city’s biggest growth drivers.

“The drop in oil prices is good news to our trade partners,” added the DED’s director general Sami Al Qamzi. He pinpointed India, the US and Europe as leading growth markets in this respect.

Dubai’s economic growth will supersede that of the UAE, which is predicted to range between the three percent predicted by the IMF to 3.5 percent forecast by the country’s Minister of Economy, Sultan Al Mansouri.

The latest aviation industry statistics for Dubai report a record performance at Dubai International (DXB) with international passenger traffic for the first eight months of 2015 totalling 52,264,223, up 12.4 percent compared to the same period in 2014.

The airport also registered the highest monthly traffic in its 55-year history with 7.2 million passengers in August, up 9.5 percent from 6,648,058 recorded in August 2104.

Dubai’s tourism arrivals also continue to hit new highs with the emirate receiving more than 8.2 million international overnight visitors during the first seven months of 2015, up 9.3 percent on the same period in 2014, according to the Department for Tourism and Commerce Marketing (DTCM).