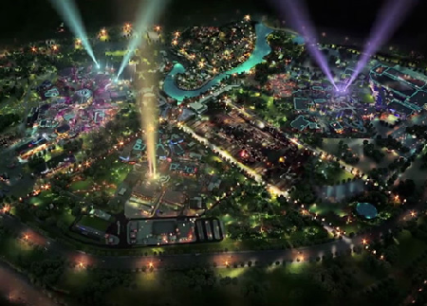 Dubai International Airport (DXB) continues to stake its claim as the world’s leading airport for international passenger traffic – a title it won from London Heathrow in 2014 – with Dubai Airports revealing year-on-year throughput increases for every month of 2015. The latest figures reveal an 11.2 percent increase in traffic to 64.95 million for the first 10 months of the year (January through October) compared to 58.41 million during the same period in 2014. Dubai Airports CEO Paul Griffiths, who was recently named CAPA Asia Pacific Airport Chief Executive of the Year, says DXB is on track to report “another record year” in 2015, with the facility surpassing the 70.5 million passenger mark achieved in 2014.

Expo’s in the bag

The Bureau International des Expositions (BIE) endorsed the city’s host status after reviewing its proposal for the event and its progress update on investment and construction in the lead-up to 2020. “The clock is ticking and the countdown has begun to Dubai Expo 2020,” said the UAE Minister of State and Director General Bureau Dubai Expo 2020, Reem Al Hashimy. “It is [our aim] to present an event that will enthrall and amaze our visitors.” Now the plan is approved, construction on the 438-hectare expo site in Dubai South will get underway. Up to 300,000 jobs are expected to be created as a result of Dubai hosting World Expo 2020, which will present the theme ‘Connecting Minds, Creating the Future’.

Around AED22 billion has been earmarked by the UAE government for the development of infrastructure supporting the Expo and almost half of this figure will be spent on extending the Dubai Metro line to the Expo site in Dubai South. Work on Route 2020, the 14.5km extension to the existing Dubai Metro will begin in April. More trains will be purchased for the extended Red Line, which will involve the construction of seven new stations – five elevated and two underground. In the long-term, the line will be further extended beyond the Expo venue to Al Maktoum International Airport. The travel time from Dubai Marina to the Expo site will be 16 minutes, Dubai’s Road Transport Authority (RTA) has revealed.

Dubai forged ahead with its strategy to attract more families to Dubai in 2015 with theme park construction getting underway and plans for new attractions announced. Construction of the world’s largest indoor theme park, IMG Worlds of Adventure, comprising four themed zones – Cartoon Network, Lost Valley Dinosaur Adventure, MARVEL and IMG Boulevard – neared completion in time for its Q1, 2016 launch, while the first rollercoaster was installed at Dubai Parks & Resorts new mega theme park development in Dubai South. The Dragon Rollercoaster was constructed at Legoland Dubai, one of the development’s three parks due to open next year. Meanwhile, Al Ahli Holding Group (AAHG) secured the rights to build a 20th Century Fox World theme park, as well as the world’s first Fox-branded resort in Dubai, with a completion date of 2018 anticipated.

Dubai’s reputation as a leisure and business tourism hub was further cemented in 2015 with the Dubai Department of Tourism & Commerce Marketing (DTCM) expecting total overnight visitor numbers to exceed the 14 million mark for the full year. This compares to 13.2 million in 2014, with annual increases of between seven and nine percent predicted by DTCM Director General Helal Saeed Almarri, in the four years running up to Expo 2020 when the city aims to attract 20 million visitors annually. Meanwhile, Dubai continues to dominate hotel pipeline growth tables both regionally and globally. The world’s top five pipeline cities for rooms under contract as of September 2015 were Dubai (39,323), New York (31,314), Makkah (29,866), Sanya (19,942) and Houston, Texas (17,905), according to STG Global.