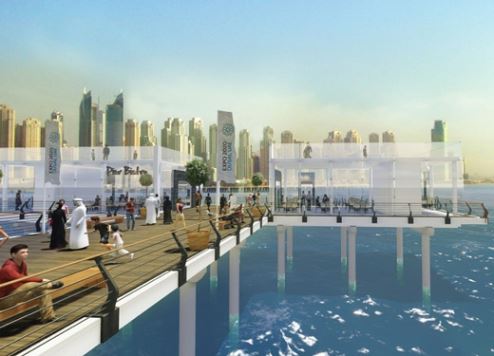 Dubai Safari Park: One of the first attractions to open its doors this year will be Dubai Safari Park. The AED150 million project is in the Al Warqa area of the city, opposite Dragon Mart. Dubai Municipality is working around the clock to open this mega zoo, which will not only be home to more than 1,000 animals, but boast green credentials such as solar power and recycling facilities.

Dubai Parks and Resorts: Following hot on the heels of IMG, Dubai Parks and Resorts, featuring three theme parks – Motiongate Dubai, Bollywood Parks Dubai and Legoland Dubai – will open in Jebel Ali in late 2016. Legoland Water Park is also part of the attraction with all parks connected via the Riverland Dubai complex, which will offer shops, restaurants and the Polynesian-themed Lapita Hotel. Dubai Parks and Resorts will boast more than 73 rides and attractions and is expected to draw 5.5 million visitors in its first full-year of operation.

Dubai Frame: This iconic frame-shaped attraction, comprising two 150-metre-high towers, connected by a 100-square-metre bridge, will boast panoramic views of Old Dubai on one side and New Dubai on the other. The AED160 million project in Zabeel Park will also feature a museum on the ground floor.

Dubai Water Canal: Described as a modern and unique commercial and tourist destination, the Dubai Water Canal project, based around a 3.2-kilometre-long canal that links Dubai Creek in Business Bay to the Arabian Gulf, will feature a sand beach, a marina for private boats, waterbuses, and three pedestrian bridges linking Jumeirah Beach Walk with Safa Park Walk, plus a shopping centre, four hotels, 450 restaurants, walkways and cycle paths.

Dubai Opera House: This iconic 2,000-seat, multi-format theatre in Downtown Dubai is set to open in March and will be the centrepiece of Dubai’s new Opera District. It will host opera and orchestral performances, theatre productions, concerts, ballet, art exhibitions, sporting events and seasonal programmes.

City Walk Phase 2: Phase 1 of this urban retail space on Al Wasl Road is already up and running, but phase two of the project will further elevate the shopping and dining experience. It will add 10,000 square metres of retail space to the complex, which features outdoor arcades.

Palm Jumeirah Boardwalk: The AED150 million waterfront attraction will run the full 11-kilometre length of Palm Jumeirah’s crescent. The project is expected to be completed by the middle of the year and will feature glass-encased cafes and restaurants with views of The Palm, Arabian Gulf and the Dubai skyline.

Deira Fish Market: Insight into the colourful world of Dubai’s vibrant fishing industry, plus the chance to purchase and eat fresh fish and seafood will be highlights of the AED250 million Deira Fish Market. The two-storey building, located opposite Dubai Hospitality in Al Hamriya, will also feature 150 fruit and vegetable stands, 63 shops for spices, more than 70 meat outlets, around 770 kiosks, plus a restaurant.

Al Thuraya Astronomy Centre: Set to open before the summer, this AED40 million observatory in Mushrif Park, Mirdif, will feature a space museum, gallery, a theatre and a one-metre telescope. Doubling as a centre for learning for local schools and universities, this facility will also house a lecture theatre and scientific academy.

And there are several new hotels opening this year too, including: