The Laughter factory returns to Dubai 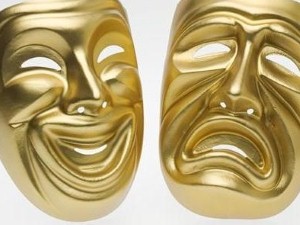 Fans of comedy planning a visit to Dubai will be happy to learn The Laughter Factory is returning to the emirate for a run of performances across the city following a summer hiatus.

Some of the biggest names on the global comedy circuit have performed and will be performing at The Laughter Factory this month, including Pierre Hollins, Caimh McDonnell, John Lynn, Imran Yusuf, Andy Askins and Mark Walker.

Shows are being put on across the city until September 19th, with venues including the Radisson Blue Hotel Doha, Dubai Sports City, the Crown Plaza Dubai and the Grand Millennium TECOM Area.

Open to over-18s only, each night's entertainment promises to be a raucous affair, with comedians aplenty to have the audience in fits of laughter.

Over the years, the likes of Dara O'Brian, Jack Whitehall, Jason Manford, Richard Blackwood, Rhod Gilbert, Michael McIntyre and many more of the contemporary comedy greats have taken to the stage as part of The Laughter factory set, with September no exception.

The Grand Millennium TECOM Area is one of the grandest venues in a city of grand venues. It offers space for hundreds of guests in its ballroom and also offers stunning views of the Arabian Gulf.

Meanwhile, Crown Plaza Dubai is one of the city's hottest nightspots, with comedy not the only form of entertainment to be staged at what has become one of the standout venues for entertainment in the emirate.

Visitors can enjoy live music, DJ sets, international club tours and much more, making it the ideal place for travellers to dance the night away in style.

Stand up comedy may not be the first thing that springs to mind when visitors think of Dubai, but The Laughter factory is making a concerted effort to make this the case.

Admission to all of the shows will cost AED 140 (£23.89) shows kick off each night from 19:30 local time. Tickets can be booked in advance or purchased on the door, with Dubai offering a real laugh-fest for all those who head along.