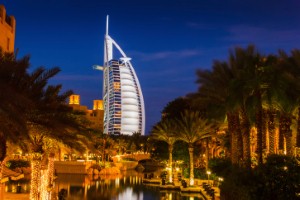 The number of visitors that made their way to Dubai in 2014 is expected to have increased significantly compared to the previous year, due to the strengthening of the US dollar.

Issam Kazim, chief executive of the Dubai Corporation of Tourism and Commerce Marketing (DTCM), said that between January and November last year, the volume of tourists grew by five per cent  versus the same period in 2013.

However, he added that an overall figure for 2014 was not yet available, but expected a further increase to have been recorded.

At the Destination Dubai conference, held at the end of January, Mr Kazim said that while the number of tourists that headed to the emirate last year will undoubtedly have grown compared to 2013, the rate may be slightly flatter.

The emirate used to experience growth of around seven to nine per cent in terms of the volume of visitors it welcomed, but 2013 was a bumper year, seeing Dubai attract 11 million travellers in just 12 months.

Visitors from China are expected to have grown by around 25 per cent in 2014, according to Mr Kazim, while Saudi Arabia, India and the UK continue to be the emirate's top three tourism source markets.

Dubai has set itself a target of attracting 20 million tourists every year by 2020, and if Mr Kazim's predictions come to fruition, it will mean that the emirate is well on its way to achieving this goal.

Mega projects that are currently under construction or are in the pipeline will help to boost the number of people heading to the emirate. The new theme park complex, which will house three separate parks, is expected to attract almost seven million visitors in its first year.

The target set by the government has been warmly received by Dubai's hotel industry, as more people heading to the emirate means  more rooms will be booked, leading to increased occupancy rates and revenues for owners and investors.