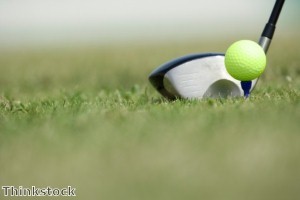 The 39-year-old recovered from a poor start yesterday (February 2nd), when he dropped four shots on the front nine, and regrouped in order to take the main prize by one shot from Argentina's Emiliano Grillo.

Afterwards, Gallacher joked that he never does 'anything easy', but that he realised it was vitally important he stayed calm when he was not playing well at the start of his final round.

The bedrock of his title charge was a 63 on Saturday, which included seven birdies and an eagle. 'To win it on the 25th anniversary of the event, it was a good field with all the champions playing, makes it even more special,' Gallacher stated.

Tiger Woods' poor start to the season continues, as he failed to record a top-20 finish in either of his first two tournaments for the first time in his career.

Although he birdied the last three holes, it was still only good enough for a share of 41st and he lamented the fact it took him so long to get going. 'My iron game was not as sharp as I'd like, and I didn't make anything. I had seven lip-outs. That's quite a few lip-outs,' Woods remarked.

He will be hoping to put his game right before the first major of the season, which is scheduled to get underway on April 10th.

Gallacher clearly loves the course, as two of his three wins on the European Tour have now come at the Emirates Golf Club. On top of this, he was also runner-up in 2012 and fourth in 2000.