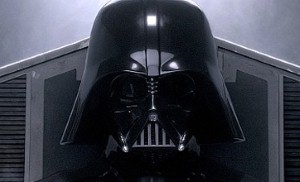 Dubai and Abu Dhabi are becoming increasingly popular filming locations for Hollywood, with the new Star Wars movie being partly made in the United Arab Emirates (UAE) deserts.

A huge patch of land in Abu Dhabi is currently being transformed into Tatooine, the planet that famously featured in the original Star Wars film in the 1970s.

Stars such as Harrison Ford, Carrie Fisher and Mark Hamill are now making what will be the seventh film in the series, with JJ Abrams behind the camera in the director's seat.

Twofour54, the Abu Dhabi media hub, is now hoping more Hollywood producers select the emirate for their films. Noura al-Kaabi, head of twofour54, stated that the making of Star Wars in the region could represent a turning point. She said: “This shows that we are emerging as the region’s leading media and entertainment hub.”

Although Dubai and Abu Dhabi are often linked, the two emirates have their own distinct identities that could make them an appealing choice for future film-makers.

Neil van der Linden, creator of the Gulf Art Guide, said Dubai and Abu Dhabi both have their own “character”, adding: “Abu Dhabi is organised in a top-down manner, while in Dubai culture is created more organically from the bottom up.”

Plot details of the latest Star Wars movie are being kept firmly under wraps and it was only in the last month that the producers finally revealed the casting for the movie, with young British actor John Boyega and rising American star Oscar Isaac among those to be involved.

Girls star Adam Driver is also involved and he is rumoured to be playing the film's villain. But fans will have to wait a long time until the movie arrives on the big screen.

What seems sure is that the new Star Wars film is going to lead to an explosion in the Abu Dhabi film industry in the coming years.