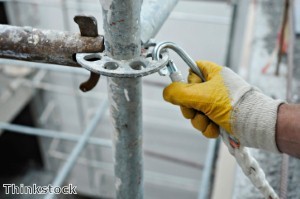 The space frame at IMG Worlds of Adventure has been erected as strong progress continues to be made in the construction of the themed entertainment facility.

Owned by Ilyas & Mustafa Galadari Group, the park - which covers over 1.5 million square feet - will be the largest indoor, temperature controlled entertainment destination in the world. The space frame is an important part of this, as it provides a framework for the rest of the park.

As such, it is a sign of progress for the parks ongoing construction. An official from Ilyas & Mustafa Galadari Group said: 'With the structural columns in place, we have entered a new phase of development. IMG Worlds of Adventure is one of the most anticipated developments in the region offering a number of world firsts, which will position Dubai and the UAE on the global map as a themed entertainment capital.'

Although it represents a significant part of the on-site construction, progress is also being made offsite too. Shipments are expected later in the year as work continues.

IMG Worlds of Adventure will feature four different zones inside; Marvel, Cartoon Network, The Lost Valley and the IMG Entertainment Zone. The park itself is located on Sheikh Mohammed Bin Zayed Road within the city of Arabia; a region said to 'encompass many unique offerings and facilities within its limits'.

Of course, Dubai is well known for much more than just its combination of sunshine and sand. The city of Arabia aims be a major destination for millions visiting IMG Worlds of Adventure, offering entertainment and catering to various needs.

This includes residential, commercial and accommodation buildings for visitors - this extends to apartments for rent or sale for visitors that want to stay in Dubai for longer periods. Luxury hotels, unique shops and boutiques can also all be found here, offering additional diversity to the region.

Yet the space frame isn't the only park that draws attention. Dubai already has a number of entertainment destinations already. It also has waterparks, theme parks and even indoor skiing facilities. Plans were also recently unveiled for a 'Holy Quaran Park'.