Shining the spotlight on TECOM 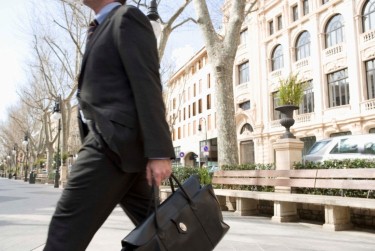 The business district of TECOM is a lively and bustling hub that has grown to become the heart of 'new Dubai'. Companies looking for headquarters in the emirate turn to the region because of its reputation, while many meetings, incentives, conference and exhibitions (MICE) tourists stay in its hotels.

Investors are attracted to TECOM due to the wide variety of property available, such as offices, hotels and apartments, because all are popular among occupiers and yield healthy rental values.

Here is a quick guide to show you why you should consider the district for your next venture.

Dubai's reputation as a world-class location for business is seeing its MICE tourism industry go from strength to strength. This year, the sector is set to provide an enormous contribution to the emirate's economy.

According to Simon Mellor, president of dmg events for the Middle East and Asia, the industry is already having a positive effect on the wider UAE, generating $653 million (£430.3 million) every year since 2000.

He told the Khaleej Times that MICE tourism is instrumental in furthering the organisational objectives and success of Dubai, while also playing a pivotal role in the UAE's economic development.

"For one, meetings, conventions and exhibitions create economic value with increased travel and hospitality spending by MICE visitors who combine participation in events with leisure," Mr Mellor continued.

Dubai is providing the business events industry with a powerful platform for conveying new information and fresh insights, which in turn is helping to transform the emirate into one of the world's most important knowledge economies.

He added: "Dubai, host to almost 27 per cent of all events staged in the Middle East, is set to welcome more than 25 million visitors over a period of six months during the Expo.

"With the emergence of new businesses not just during World Expo 2020 itself, but also in the years leading up to it and long after its conclusion, the GCC’s $1.3 billion MICE sector is projected to witness a rapid and substantial upsurge."

The strength of the sector is having an impact on the success of different districts in the emirate, particularly TECOM due to its reputation as a hub for business.

Hotels in the this area are particularly convenient for MICE tourists, due to the fact that many large corporations - such as Microsoft, HP, Siemens, BBC World, CNN, Reuters and CNBC - are headquartered nearby. In fact, more than 20,000 media and IT workers are stationed in TECOM, adding to its eminence as a knowledge economy.

One of the things that makes TECOM so successful is its ability to innovate and expand into new areas. For example, it recently unveil the Dubai Design Destrict - an area for art, design, film and fashion - which will sit alongside its other zones: Dubai Internet City, Dubai Media City, Knowledge Village and International Media Production Zone.

This opens the doors to new opportunities and the prospect of attracting new occupiers and tourists, such as local artists and designers, who will be able to enjoy the galleries, studios, workshops and boutique fashion stores it will house. There will also be space for offices and residential buildings.

Amina Al Rustamani, group chief executive of TECOM Investments, told Reuters: "We want to encourage local and emerging talent from within the region."

The district will be 21 million sq ft and will be home to artists and innovators upon completion. The first phase, which will cost AED4 billion (£743.5 million), will be fully completed later this year, with more than 200 companies set to be involved once  it is open.

Nez Gebreel, chief executive of the Dubai Design and Fashion Council, explained: "We’re just creating the conditions which will allow people to flourish, and which don’t necessarily exist elsewhere in the region."

The new district means that now is an exciting time for investors, as those who own property in TECOM could soon benefit from an influx of new occupiers, visitors, tourists and tenants.