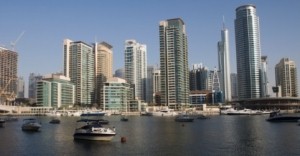 The Public Transport Agency of the Roads and Transport Authority (RTA) has unveiled its new fare-saving transportation package.

Entitled 'One Day in Dubai', the initiative is aimed at making existing methods of public transport more exciting and enjoyable. It is also expected the service will better integrate the various ways of getting around the principality.

The package will allow visitors to experience all modes of transport, including the water bus, ferry, heritage Abra and the metro system. Users of the service will be able to explore the most attractive areas in both old and new Dubai, such as the marina, Al Ghubaiba, Al Seef, Old Souq and Al Shandagha. Additionally, the service can be used for more than one day at a time.

Officials are anticipating the new initiative will be a huge benefit to the tourists that visit the many exhibitions, conventions and fairs, not to mention those who come to take part in sightseeing tours. They also hope that the package will not just benefit visitors, but the local population as well.

The push to encourage residents to use public transport comes as the Dubai Municipality director-general has called for stricter car ownership regulations. Hussain Nasser Lootah expressed concern about the two million vehicles that are on the roads each day.

Lootah looked at places such as London and Singapore for inspiration, as both locations had similar successful policies to calm the flow of traffic. He also acknowledged the importance of encouraging more people to use public transport, especially the younger generations.

He added: 'Everyone has their luxury life, but the capacity of our roads cannot take all of these cars without ownership laws. We should increase parking fees, fuel costs and insurance.' Lootah also dismissed ideas about a carpooling scheme, citing examples in Europe and the US where the implementation of soft regulations had no effect whatsoever.

The RTA has hailed the new initiative as an indication is it reaffirming its pledge to make the transport network of Dubai one of the best in the world. It believed the scheme would offer benefit to all sections of the population.