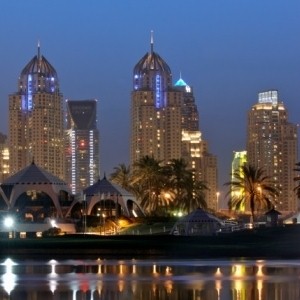 Investors in Dubai have been enjoying a rising return on their buildings in the city in 2013, as rental values have moved upwards.

New figures from Market Price Live, which were studied by Propertyfinder.ae, show there was a significant rise in the number of residential properties rented out in the emirate last year, with the downtown area of Dubai experiencing a surge of more than 100 per cent, reports the Khaleeej Times.

Plenty of other locations also recorded substantial jumps in rental numbers of in excess of 30 per cent.

With features such as the Burj Khalifa, the world's tallest tower, as well as the planet's largest shopping centre, it is no surprise to find the downtown area is enjoying a boom in people wanting to live there. Indeed, it could be considered a resident's dream.

And it is not only the quantity of people seeking rented accommodation that has gone up either, as the amount being charged in rent has also risen. The Dubai Land Department is even planning to limit rent increases, such as is the rate of upwards movement in the market at the moment.

Land Department general director Sultan Bin Mejren told Bloomberg recently that it is looking into ways to come up with fair rules for both homes and offices.

'We are studying laws for residential and commercial properties and each will have its own guidelines. We expect to have them prepared in either June or the third quarter. There has to be some regulation for new contracts in order to have stable rental increases,' he explained.

Such results might inspire more people to think about moving to Dubai and investing in property in 2014, as further price increases in the future could become a reality.

As well as the downtown part of the city, other areas of Dubai to witness a substantial rise in rental demand and prices included the Palm Jumeirah zone.