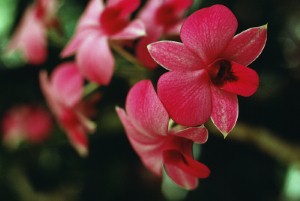 Wetland Link International (WLI) has enlisted the facility, making it the first UAE-based wildlife centre to receive this important accolade.

The WLI is a global network of wetland education centres and is endorsed by major organisations including Ramsar Convention and the Wildfowl and Wetlands Trust.

This is a landmark moment for the Environment Department of Dubai Municipality - which oversees RAKWS - as it underlines its growing reputation as an environmentally-friendly city.

A lot of effort has gone into reducing the emirate's carbon footprint and everybody is playing their part, not least the construction industry, which has been implementing more sustainable building practices in recent years.

Hamdan Al Shaer, director of the Environment Department at Dubai Municipality, was understandably very happy with the WLI recognition.

'It is a matter of pride that it has recently been accepted as a member of WLI,' he remarked.

According to the British organisation, the RAKWS visitor centre attracts between 11,000 and 12,000 people each year and this is only likely to rise now that it has received this latest accreditation.

The sanctuary covers 620 hectares in total and is home to a multitude of different creatures, while also boasting around 270 varieties of fauna and 47 species of flora.

Leaders at WLI said one one of the primary functions of the Gulf-based centre is to 'educate the community about natural heritage, general principles of conservation and the sustainable use of biological resources'.

The growing reputation of RAKWS helps to remove common misconceptions that Dubai is a concrete jungle.

While the emirate does have a plethora of impressive skyscrapers and a world-class urban infrastructure, it also has plenty of quiet, secluded places for people to enjoy.

This is important for people who are looking to move to the sheikhdom on a permanent basis, as it is always good to know there are some peaceful and scenic landscapes on offer.