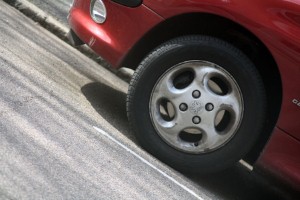 Rally fans will be looking to Dubai between November 28th and 30th as the Dubai International Rally will be taking place.

It is the 35th annual iteration of the race, occurring at the end of the 2013 FIA Middle East Championships. This season has already had five previous rounds, with Dubai providing the sixth and final opportunity for victory for any of the 22 drivers participating.

A ceremonial event will be held at Dubai World Trade Centre (DWTC) at 19:30 local time on November 28th to mark the race's opening.

The first leg will start on the morning of November 29th, challenging drivers to trail through Al Dhaid into a loop of three stages based at Zubeidah, Al Falaj and Showka, which will then be repeated later in the afternoon.

A second leg is held the following day, where competitors will go through two loops of three stages at Al Dhaid, Khadra and Mileiha, with winners and finalists making their way to DWTC by 16:30 local time.

Dubai is well known for both its strong motoring passion and various sporting events, with occasions such as this managing to crossover into each respective audience. As such, the weekend can prove quite popular locally and internationally, with many visiting from across the world wanting to watch the action.

This love of motoring was arguably at its most fervent earlier this month with the Dubai International Motor Show, which showcased a range of new cars and luxury sporting vehicles. Among these were several new additions to the local police force's fleet of supercars, which are being used as tourism promotional tools.

More recently, Dubai Fire Brigade have followed this trend, introducing a new 2014 Chevrolet Corvette Stingray, custom-painted in the livery of the local fire-fighting force. Just as with the police, this will be used to attract attention rather than used for actual work - as with many things in Dubai, the city's love of motoring seems to be a sure way to get attention.