Q&A with Martin Sheen in Dubai 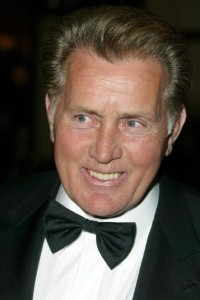 Martin Sheen will be hosting a question and answer session as part of Dubai International Film Festival (DIFF).

He will be taking to the stage at Souk Madinat Jumeirah Theatre at 16:00 local time on December 8th. The legendary actor will offer the audience an insight into his performing life and the film industry as a whole.

This event is part of DIFF's 'In Conversation' series, which offers festival goers the chance to talk up close with various famous stars.

Mr Sheen is the latest in a list of international film stars set to attend the emirate as part of the cinematic celebrations. Cate Blanchett, for instance, will return to head a panel of judges for the filmmaker award, while various other big names will be visiting the city to participate in the festivities.

As part of the wider occasion, which starts on December 6th, Mr Sheen will receive the DIFF Lifetime Achievement Award for his contributions to the film industry during the opening ceremony.

He said: 'I am truly honoured to accept the DIFF's Lifetime Achievement Award and looking forward to celebrating the region's gifted cinematic storytellers.'

The global celebrity will join an exclusive list of previous winners, such as Morgan Freeman, Sean Penn, Danny Glover and Terry Gilliam.

DIFF's chairman Abdulhamid Juma said: 'Martin Sheen is a cinematic legend whose remarkable career has spanned five decades. We are honoured to present Martin Sheen with a DIFF Lifetime Achievement Award and we look forward to welcoming him to Dubai.'

This year's DIFF will also feature a partnership with the Academy of Motion Picture Arts and Sciences, with a delegation from the latter attending this year's celebration of the silver screen. As a result, members of the academy will be holding an open session, entitled Beyond the Oscars, involving various master classes and insight into the organisation.