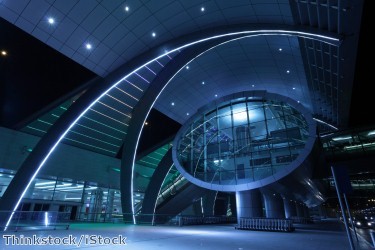 Plans for what has been dubbed an 'ultimate airport' in Dubai have been revealed.

The organisation said this development will play an important role in absorbing the extra traffic expected at the airport in the coming years. It will serve as a precursor to the $32 billion expansion scheme that will take Al Maktoum International's total capacity to more than 200 million passengers per year.

"We will integrate rail travel into the new airport with downtown check-ins for your luggage to be retrieved at the next destination."

He also revealed new security and immigration measures, such as facial recognition, are set to be put in place.

Once completed, the DWC passenger terminal will have a total of 24 boarding gates, seven baggage reclaim carousels and 104 check-in desks. Construction work on the development is expected to be completed by the end of the first quarter of 2017, with the facility set to open its doors shortly afterwards.

Dubai International airport saw a 7.2 per cent increase in passenger numbers during March, with a total of 6.7 million people passing through the transport hub.