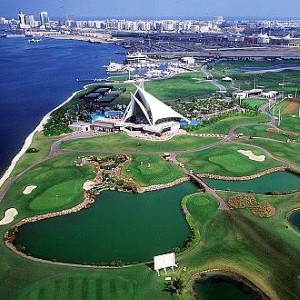 The world's top golfers are getting ready for the Omega Dubai Desert Classic.

Set to get underway on Thursday (January 30th), it represents the 25th anniversary of the event and world number one Tiger Woods will be among the players teeing off with victory in his mind.

Woods will be hoping to get his season back on track after missing the cut last time out at the Farmers Insurance Open in the US. 'I appreciate the support I've received from the people in Dubai and I always enjoy playing the tournament. They have an outstanding field every year and the golf course is always in really great shape,' he stated.

The tournament is being held at the Majlis Course at the Emirates Golf Club in Dubai and there is a prize pot of $2.5 million (£1.5 million) up for grabs. The field has a total of 401 tour victories between them.

Englishman Barry Lane, who has won five titles on the European Tour, is making his 25th consecutive appearance at the event, making him the only golfer who has appeared at every Dubai Desert Classic.

Ernie Els will be hoping to build on his previous sparkling Dubai form, he has managed nine top-ten finishes in only 11 outings, including wins in 1994, 2002 and 2005. He also holds the current course record (61).

Spanish golfer Javier Ballesteros says he cannot wait to take to the course for the Champions Challenge, where he will stand in for his late father Seve. The 18-hole event takes place today and will see all but one of the previous winners play the course.

Ballesteros said he is 'grateful' for being given the chance to play with so many top players, and he thinks the whole experience will be fun.