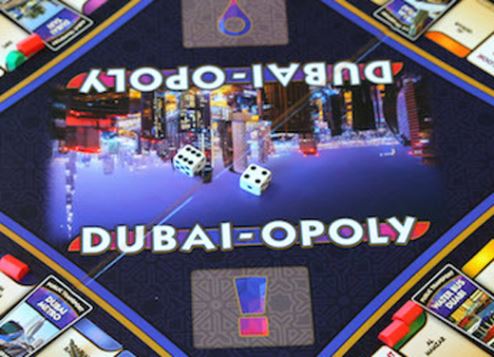 Dubai has launched its own version of the world-famous board game, Monopoly.

‘Dubai-Opoly’, which is due to go on sale in the UAE and GCC soon, has been launched by the Dubai Chamber of Commerce and Industry (DCCI) in a bid to promote the city as a global hub for business and trade.

The board game, modelled on Monopoly, will feature popular landmarks such as Dubai Marina, a sought-after residential and tourist district and home to The First Group’s Wyndham Dubai Marina hotel.

Players will be able to live out their Dubai investment fantasies by ‘buying’ property, including hotels, in a city known for its burgeoning real estate market.

The local version of the popular board game is also set to feature some of the emirate’s most prominent landmarks, institutions and attractions, such as popular residential area, Arabian Ranches; Za'abeel, which is home to the new Dubai Frame, and of course, the DCCI.

In a statement, authorities explained that the new game, “complements Dubai Chamber’s efforts to strengthen the emirate’s reputation as a thriving centre of commerce and a leading tourist destination”.

DCCI president and CEO Hamad Buamim said the Chamber adopted an innovative and creative approach when it came to developing the board game.

“By launching this unique initiative, we will promote Dubai’s brand and boost its international profile. Last year, the Chamber received more than 600 international delegations and participated in more than 70 events abroad,” he said.

“Dubai-Opoly offers an ideal platform to showcase what Dubai has to offer businesses and tourists, while it also merges these two concepts together in a fun and interactive way.”

Buamim added that Dubai-Opoly would also prove a popular game with Dubai residents as it celebrates some of the most popular aspects of living and doing business in the emirate.