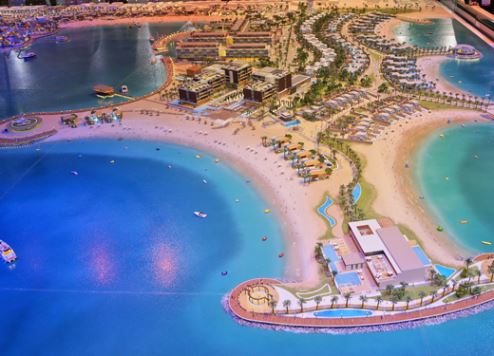 Dubai has unveiled a new beachfront destination that gives visitors from around the world yet another reason to travel to and invest in this fast-developing city.

Described as “breathtaking” and “inspiring”, it boasts uninterrupted views of the Arabian Gulf and iconic city skyline and sets a new global benchmark for beachfront developments.

La Mer spans 13.4 million square feet of existing and reclaimed land, located between Pearl Jumeirah and Jumeirah Bay. It is surrounded by almost 2.5 kilometres of sandy beaches and is situated near the Dubai Water Canal and Etihad Museum, the latter of which was recently named ‘Best New Museum in the Middle East and Africa’ at The Leading Culture Destinations Awards 2017.

Phase one of La Mer – La Mer North and La Mer South – opens this week and features more than 130 shops, cafés, restaurants and beach activities. Phase two, expected for completion early next year, will feature a surf park and more shops and places to eat.

The Wharf – La Mer takes its inspiration from the way the sea embraces driftwood, timber, rusted metal, barrels and other items, brought by the tide to shore. This theme is visible through the architecture and public spaces.

At a later stage, the development will include a hotel and residential community located on two man-made peninsulas.