More job opportunities open up in Dubai | The First Group 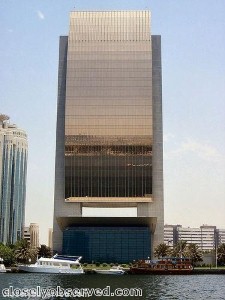 A significant number of job opportunities opened up in Dubai in the first half of 2013, a new report has suggested.

The Dubai International Financial Centre (DIFC) reported a seven per cent increase in active registered companies and employment during the six-month period.

More and more foreigners are moving to Dubai in search of high-paid jobs and with the economy performing well, a greater number of businesses are in a position to expand.

According to the DIFC, there are now 979 registered companies operating within the financial and business hub and these firms have a combined workforce of 15,000.

Some 94 commercial licenses were dished out between January and June 2013, with 1,000 new jobs being created in total.

Occupancy of DIFC-owned offices in the Gate District rose to 97 per cent throughout the period, while 99 per cent of retail space in the area was also taken up.

Jeffery Singer, chief executive officer of the DIFC Authority, was happy with the figures.

'The centre's unique infrastructure, internationally-recognised legislative and regulatory framework and dynamic business environment have positioned DIFC to become a financial ecosystem,' he remarked.

'By connecting the region to the world, and the world to the region, DIFC provides excellent opportunities for companies based in the centre to operate and expand their business, as reflected in the success and growth of Dubai's economy.'

The emirate's burgeoning reputation for being a corporate hub has certainly not gone unnoticed among some of the world's leading businesses.

No less than 21 of the top 25 banks on the planet have a presence in the DIFC and six of the ten best law firms are also based here. In addition to this, six of the world's top ten insurers operate from the DIFC, while 11 of the 20 most recognised money managers hold properties within the centre.

As developers continue to build plush commercial developments across the sheikhdom, it is safe to assume that even more leading corporations will be looking to move to this part of the Gulf.