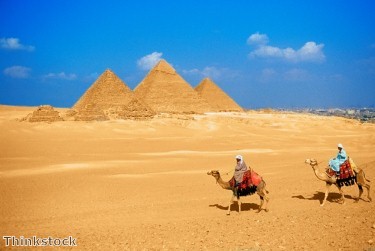 A 'mini world' park, featuring replicas of famous monuments from across the world, is to be built ahead of the World Expo 2020.

According to Emirates 24/7, a government official said that work on the project, which had previously been shelved, will start once a location has been confirmed.

Abdulla Mohammed Rafia, assistant director general for engineering and planning at Dubai Municipality, told the website: "The park is [currently] on hold, but we are going to restart once we determine a location. There are alternative locations and we haven’t decided on it."

Once completed, the park will house miniature versions of buildings in Dubai and the rest of the globe, including the Burj Khalifa, Burj Al Arab, New York’s Empire State Building, the Canton Tower in China, Toronto’s CN Tower, the Petronas Towers in Malaysia and the Swiss Re Tower - also known as ‘the Gherkin’ - in  London.

There are also ambitious plans in place to recreate some of the world's most famous historical landmarks, such as the Abu Simbel Temple and the Pyramids in Egypt, Algeria’s ancient Roman ruins at Timgad, The Great Wall of China, Leptis Magna in Libya and the Kingdom of Kerma in Sudan.

Replicas of the Aztec temples in Mexico, the Colosseum in Rome, the Acropolis of Athens, Stonehenge in England and Petra in Jordan will also be featured in the park.

In addition, it will be home to reproductions of naturally occurring wonders, including the Hanging Gardens of Babylon, Ayers Rock in Australia, Raouche Rock in Lebanon, Resurrection Island in the south Atlantic Ocean and Niagara Falls in Canada.

The park is sure to be a big hit among tourists visiting Dubai and will help the emirate in its bid to reach its target of attracting 20 million visitors a year by 2020.