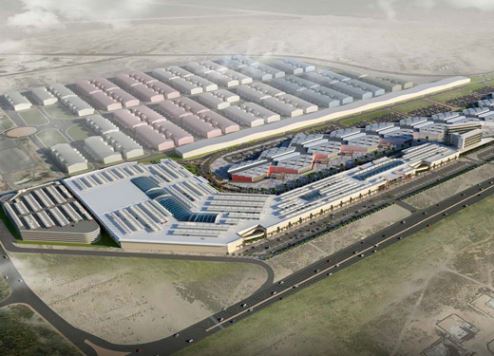 The new Dragon Mart 2, which received the royal seal of approval at its official opening earlier this month, covers some 1.1 million square feet.

When coupled with the existing Dragon Mart, it is the largest centre for Chinese-made products outside of China.

The Dragon Mart retail complex is popular with Dubai residents and visitors alike and continues to report strong footfall growth.

During the recent Dubai Shopping Festival (DSF 2016), which Dragon Mart participated in for the first time, the mall complex saw average footfall top 110,000 per day at peak times.

The company recently inked a deal with UK-based Premier Inn to open a new 250-room hotel at the new Dragon City mixed-use project, which is scheduled for completion in 2018.

Dragon Mart and Dragon Mart 2 are just one facet of this mega project, which will transform the area into a giant retail, residential and recreational complex spanning more than 11 million square feet.

The Premier Inn-managed hotel, one of two hotels at Dragon City, will have a restaurant, Costa coffee shop and gym. The first hotel, managed by Accor under the Ibis Styles brand, is already open for business.