Mall of the World to 'push Dubai further ahead' 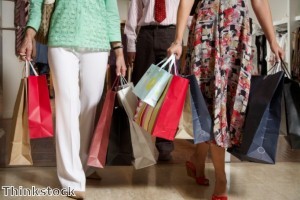 Dubai is already one of the leading destinations in the world when it comes to tourism and retail.

In May, it was was ranked by CBRE as the second most important city on the globe for the latter, with 55 per cent of the global brands tracked by the organisation present in the Emirate.

This is one of the many reasons that makes Dubai so attractive to tourists and property investors alike and thanks to the upcoming Mall of the World development it seems the emirate is set to go from strength to strength.

Once complete, the eight million square foot centre is expected to attract some 180 million visitors to the city and it has been welcomed by businesses and related stakeholders throughout the emirate.

Issam Abdul Rahim Kazim, chief executive of the Dubai Corporation for Tourism and Commerce Marketing, told Gulf News the organisation is looking forward to working on the creation of Mall of the World, while the Dubai Financial Market was up 4.41 per cent on Sunday after details of the development were announced.

Faisal Durrani, international research and business development manager at real estate consultant Cluttons, said Mall of the World will serve to strengthen Dubai's position as a leading player in the tourism and retail space.

'Dubai has a significant portfolio of existing shopping malls and the string of new mall developments looks set to push Dubai further ahead of the region's other emerging economies,' he stated.

'The Mall of the World will pave the way for the next generation of the city's malls, where the shopping element is combined in equal parts with entertainment and leisure facilities, creating destinations in their own right,' he added.

Dubai has already been named the best place in the world for hotel and shopping stays by TripAdvisor and Mall of the World appears set to make the emirate an even more attractive destination.