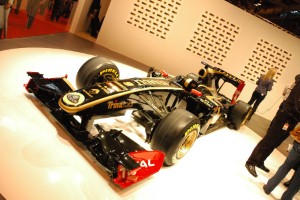 The F1 Lotus is the latest organisation to promote Dubai's bid for Expo 2020.

On Sunday (November 17th) at the Circuit of the Americas in Austin, Texas, the team will display the logo for Dubai Expo 2020 on its vehicles as it competes in the United States Grand Prix. It will continue to display these for the rest of the current season.

This first race will cover 308.4 km over 56 laps and it is hoped this will reach an audience in excess of 250 million people across the globe - reaching out in methods such as this will ensure Dubai's name is the most prominent when it comes to the big decision.

F1 is one of the world's most watched motorsports, so it makes sense for Dubai to utilise this approach.

This latest initiative from the Lotus Team comes as there are less than two weeks to go before the deciding announcement for the Expo is made. As such, there has been a relatively big push from Dubai and its partners to ensure victory on November 27th.

He said: “We are optimistic...and we have the ingredients which support this optimism. We are worthy of hosting...but we have to be realistic.'

The Higher Committee in charge of the bid held one its last meetings this week, which included going over a final 20-minute presentation - it will deliver this to the Bureau of International Expositions' general assembly in Paris, where it will state why its reasons for become the host city.

Mr Rashid stated whether the emirate was successful or not, it will continue realising its development plans.