Largest mall in the world to be built in Dubai 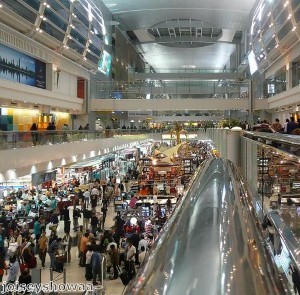 The world’s largest mall is to be built in Dubai - a project that has been regarded by some as the emirate’s most ambitious development ever.

It forms part of Dubai’s wider strategy to take boost the region’s exploding tourism sector even further by offering visitors more retail and dining options. The ‘Mall of the World’ is being constructed by Dubai Holding, the conglomerate that owns Jumeirah Group and will occupy an eight million square foot area near Sheikh Zayed Road.

According to real estate consultancy Cluttons, the focus in the emirate has shifted towards the the retail and hospitality sectors as the World Expo 2020 draws nearer, meaning the government is intent on finding new ways to attract visitors to Dubai.

Faisal Durrani, international research and business development manager at the firm, said the emirate has a strong portfolio of retail attractions and the new developments could push Dubai ahead of the region’s emerging economies.

In reference to the project, Sheikh Mohammed bin Rashid, vice-president of the UAE and ruler of Dubai, commented: “We announced recently that we plan to transform Dubai into a cultural, tourist and economic hub for the two billion people living in the region around us; and we are determined to achieve our vision.”

“Our ambitions are higher than having seasonal tourism. Tourism is a key driver of our economy, and we aim to make the UAE an attractive destination all year long. This is why we will start working on providing pleasant temperature-controlled environments during the summer months.”

The new development will be built across from the Mall of the Emirates, which is already one of of the biggest retails hubs in Dubai.

Once complete, the new building will connect to 100 hotels in the world’s first “temperature-controlled city” - covered by a dome that can be opened during the cooler winter months.

The Mall of the World is the latest in a slew of retail and leisure-based developments that have been announced over the last year in an attempt to take advantage of improving investor sentiment towards the emirate.