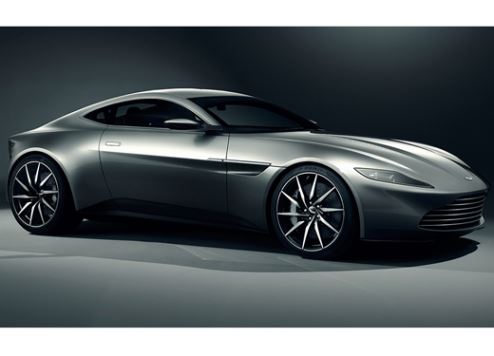 Dubai’s iconic Burj Khalifa, the tallest building in the world, is to stage a special exhibition dedicated to one of film’s most-loved spy heroes, James Bond.

The event is celebrating more than 50 years of the launch of the James Bond franchise by hosting the event entitled ‘Designing 007: Fifty Years of Bond Style’.

Taking place at the Burj Khalifa from November 14, 2016 to February 13, 2017, the event will showcase classic Bond exhibits, costume and memorabilia including Scaramanga’s Golden Gun from The Man with the Golden Gun and Daniel Craig’s wardrobe from Casino Royale, not to mention the Aston Martin DB10 featured in Spectre.

The exhibition will present the design and style of the James Bond franchise and the craft behind the sets, the music, gadgets, vehicles, technology and fashion over the course of five decades, a statement said.

The celebration of 50 years of Bond style will extend to other venues including At The Top, Burj Khalifa; Reel Cinemas; Dubai Aquarium & Underwater Zoo at The Dubai Mall; and The Dubai Fountain.

Since its successful debut at the Barbican Centre, London, in 2012, the Bond show has been exhibited in Toronto, Shanghai, Melbourne, Moscow, Rotterdam, Madrid, Mexico City and Paris.

Ahmad Al Falasi, executive director – group operations, Emaar Properties said: “Over a period of three months, visitors to Downtown Dubai will be assured of an exceptional experience as we celebrate, for the first time in the region, the creativity and craft behind the Bond franchise.”