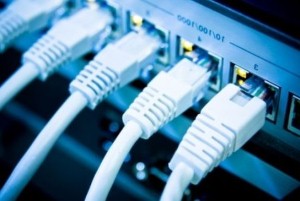 Dubai's ICT infrastructure has been praised as one of its strongest assets during a major symposium.

Run by the Etisalat Group, it was entitled Connecting Minds, Creating the Future: Partnerships for Global Innovation and Sustainable Development and took place between October 22nd and October 24th.

He said: 'Dubai is already the major convention and meeting hub for the Middle East, Africa and Asia. This is partially because of our great shipping and aviation companies, hotels and conference venues.

'But it is also due to the confidence the global community has in our ICT infrastructure and the ability of multinational corporations to collaborate effectively with colleagues and peers outside the country when they are here.'

Mr Obood stated that over 70 per cent of Dubai's homes are connected to fibre optic cables, while broadband is readily available on mobile devices.

The UAE has been named the country with the highest penetration of Fiber to the Home (FTTH) by the FTTH Council in both 2012 and 2013. Dubai, particularly, has a strong focus on modern technology and innovations.

As for Dubai's goal of hosting Expo 2020, the final decision will announced on November 27th, although many are suggesting the city has the best chance of winning out of the four bidders - the other three competing locations are Izmir in Turkey, Sao Paulo in Brazil and Yekaterinburg in Russia.