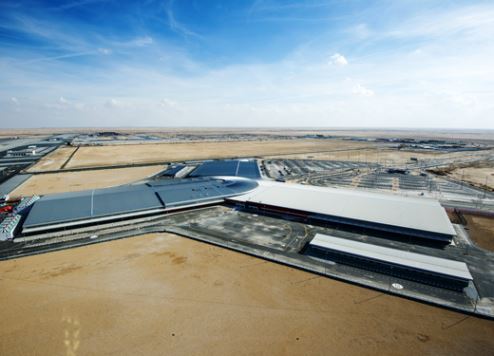 The total number of passengers passing through the hub, which when fully completed, is set to be the biggest airport in the world with a capacity for 220 million, hit 410,278 during the first six months of the year.

Passenger traffic at DWC is mainly driven by flydubai, one of Dubai’s two flagship carriers, which in addition to its operations at Dubai International’s Terminal 2, operates 35 weekly flights to five destinations from DWC. The airline will increase its weekly flights from DWC for the upcoming winter schedule.

DWC is currently served by 17 passenger carriers, operating an average of 174 flights weekly to 39 international destinations and is home to 34 scheduled cargo operators that fly to as many as 141 destinations around the world.

The surge in passenger operations at DWC contributed significantly to aircraft movements which totalled 18,126 in the first half of the year, up 4.8 per cent compared to 17,302 movements recorded during the first six months of 2015.

“We are very pleased with the way DWC has performed in the first half and look forward to all round growth during the remainder of the year. Already one of the world’s top 20 international cargo hubs, we hope to see DWC play an increasingly important role for passenger operations as it undergoes expansion to accommodate 26 million passengers by 2018,” said Paul Griffiths, CEO of Dubai Airports.