Great Britain and Dubai: The investment ties that bind | The First Group

Great Britain and Dubai: The investment ties that bind 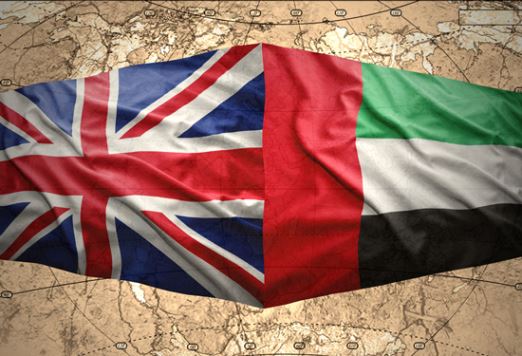 Expo 2020 Dubai is guided by the belief that innovation and progress are the result of people and ideas combining in new ways.

That’s why over the course of a six-month event, which runs from October 2020 to April 2021, Expo aims to bring together hundreds of countries and millions of people to celebrate human ingenuity under its theme ‘Connecting Minds; Creating the Future’.

Expo, which is also a physical manifestation of the UAE’s ambitions to become a leading knowledge economy by the end of the decade, provides a unique opportunity for countries from all four corners of the globe to meet, connect, swap ideas and showcase their credentials.

It is a promotional platform that has not gone unnoticed by one of the UAE’s most significant trade partners, the United Kingdom, with the UK Secretary of State for International Trade, the Right Honourable Liam Fox MP, recently visiting Dubai to hand over the country’s official letter of participation to His Highness Sheikh Ahmed bin Saeed Al Maktoum, Chairman of the Expo 2020 Dubai Higher Committee.

During his visit, Dr Fox emphasised that a global, outward-looking country such as the UK could use Expo 2020 Dubai as a springboard for strengthening international trade and relations in a post-Brexit era outside of the European Union.

Dr Fox says: “I am delighted to visit Dubai as the UAE prepares for the new chapter in its exciting success story that will be boosted by Expo 2020 Dubai. The United Kingdom is also opening a new chapter in its history as we look to an economic future that grows in partnership with friends around the world.

“We are excited about the incredible opportunities that Expo 2020 Dubai will open, and already is opening, for the outward-looking ‘Global Britain’ we are,” he says.

“Britain aims to be a leading advocate for free trade across the world and we look forward to developing this goal by connecting with nations, multilateral organisations and corporations in one of the most exciting locations on earth and the crossroads of East and West.”

Dr Fox says Dubai is on track to host “an incredible and inspirational experience for millions of people from around the world”, one that will help countries like the UK development partnerships designed to promote its economic future.

The UK pavilion will be part of the ‘Opportunity’ themed district, a move Her Excellency Reem Al Hashimy, Minister of State for International Cooperation and Director General, Dubai Expo 2020 Bureau, says is apt given the UK’s aspirations to become ‘Global Britain’.

His Highness Sheikh Ahmed bin Saeed Al Maktoum adds: “The UAE and the UK have very distinguished historical relations. The cooperation agreements between the two countries reflect the depth and strength of those relations, covering taxation, security, encouragement of investment, and aviation among other areas. We look forward to more connection with the British institutions and companies that will join us in the journey to 2020 and beyond.”

The UK and the UAE have strong trade and investment links. About 5,000 UK businesses operate in the UAE and more than 100,000 British nationals live in the country.

The UAE is the UK’s 12th largest trading partner, reaching AED 63 billion (US$74 billion) in bilateral trade in 2015. The UAE-UK Business Council has agreed an ambitious target of AED 122 billion ($144 billion) of bilateral trade by 2020.

British architects and construction firms, including Anglo-Emirati joint venture Al-Futtaim Carillion and architectural company Foster + Partners, are involved in the design and construction of some of the pavilions and districts at the Expo site.

In finance, UK firms represent 15 percent of the regulated financial firms in Dubai International Financial Centre. The City of London, the UK’s global financial centre, and Abu Dhabi have established close links and the Lord Mayor of the City of London makes annual visits to the UAE.

Each year, more than a million British tourists visit the UAE and about 50,000 Emiratis visit the UK. There are about 170 direct flights each week between the UAE and the UK, operated by British Airways, Etihad Airways, and Emirates, among others.

The UK has been a regular participant at World Expos over the past 166 years, including at the Expo Milano 2015, where the British national pavilion won 22 international awards.

Over the history of Expos, the nation’s pavilions have demonstrated the best of British creativity and flair, such as the award-winning Hive in Milan, which was the UK’s top paid-for attraction in 2015 with 3.3 million visitors. It has now been erected in Kew Gardens, London.

Expo 2020 Dubai is projected to attract 25 million visits, with 70 percent expected to come from outside the UAE – the largest proportion of international visitors in the 166-year history of World Expos. More than 200 countries, companies, NGOs and educational institutions are also expected to participate.

In addition to the UK, countries that have confirmed their participation include France, Greece, Indonesia, Italy, Luxembourg, New Zealand, The Netherlands, Slovenia, Tunisia and many more.