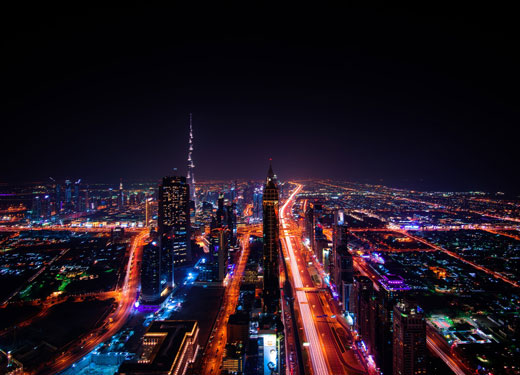 Dubai’s strategy to become one of the world’s smartest cities and most important technology hubs is paying dividends, with foreign investors flocking to the city encouraged by strong government start-up support and related initiatives.

According to the Dubai Foreign Direct Investment (FDI) Monitor report published this month by the Dubai Investment Development Agency (Dubai FDI), the emirate ranked first worldwide for FDI in technology transfer relating to artificial intelligence and robotics research and development, and third overall globally in terms of total investments behind the established high-tech hubs of Singapore and Shanghai.

Commenting on the achievement, Sheikh Hamdan Bin Mohammad Bin Rashid Al Maktoum, Crown Prince of Dubai and chairman of the Executive Council of Dubai, said: ”The vision of His Highness Sheikh Mohammad Bin Rashid Al Maktoum, Vice President and Prime Minister of the UAE and Ruler of Dubai, has made Dubai a world leader in attracting investments into cutting-edge technologies like Artificial Intelligence and Robotics, and positioned the emirate in the forefront of cities strengthening the foundations of their future and economic prospects.”

The US was the top source market in terms of FDI in 2017, followed by Austria, France, the UK and Saudi Arabia.