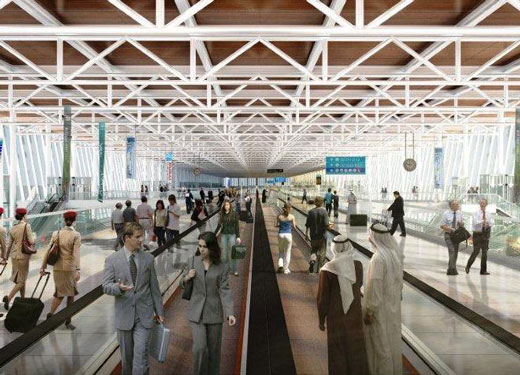 Dubai World Central (DWC) – the emirate’s second airport and world’s future hub in the making – has reported a significant hike in passenger and cargo volumes for H1, 2018.

During the period under review, DWC was served by eight passenger carriers operating an average of 95 flights weekly to 14 international destinations and 26 scheduled cargo operators flying to as many as 70 destinations around the world.

Built in the south of the city, close to the fast-growing areas of New Dubai such as Jumeirah Village Circle (JVC) and Jumeirah Village Triangle (JVT) where The First Group is currently developing hotel properties, DWC lies at the heart of an entire airport city.

Once completed it will be the world’s largest global gateway with capacity for more than 160 million passengers per year. It will also serve as a multi-modal logistics hub for 12 million tonnes of freight.