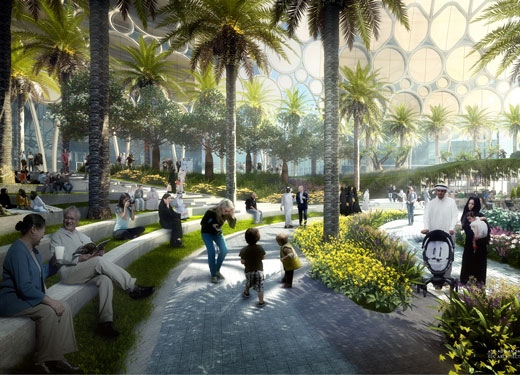 With the staging of Expo 2020 Dubai set to provide a lasting and significant boost to the city’s real estate market, there’s never been a better time to invest in this dynamic sector

From the development of world-class infrastructure to new hotels and tourism attractions, Expo 2020 Dubai’s legacy is set to benefit every aspect of Dubai’s economy, including the city’s thriving real estate investment market.

In 2005, Belgian academic Patrick De Groote published research that analysed the impact of expos on local real estate values since the first Great Exhibition of London in 1851. In the report, De Groote concluded that each event had a “tendency to increase [property] prices and to concentrate the national resources and receipts in just one town… for the hosting countries the expos can play a catalytic role in various economic sectors.”

The ‘expo effect’, as it is known, has proven increasingly evident at more recent events staged since the 1990s.

Portugal's capital, Lisbon, reported an 18% increase in property values in the three years prior to its expo in 1998 and 60% in the five years after, while Hannover in Germany, which hosted the 2000 event, saw prices rise 12% before the event and 40% after.

In Dubai, significant construction activity in preparation for Expo 2020 has led to a massive increase in property stock over the past five years, which has resulted in prices rising slower compared to former host cities.

However, Dubai’s status as an emerging global metropolis means it harbours arguably greater potential than many host cities of the past. With the exception of Shanghai, which staged the 2010 expo, the majority of host cities from the past 20 years have been well-established, ‘old world’ destinations, with stable populations and relatively consistent housing stocks.

Where Dubai is expected to benefit is in the decade following expo, as the city’s population increases exponentially and the rate of construction stabilises.

“The government is committed to long-term growth for Dubai,” comments Mireille Azzam Vidjen, head of Strategic Consulting, JLL MENA, in an interview published on the analyst’s website.

“[The city’s] well-regarded business environment is increasingly complemented by top-class healthcare and education facilities and lifestyle venues, which in turn are helping to attract skilled workers and create a deep talent pool for today’s corporates to draw on.

“Expo plays into that. There’s a huge push on the environment along with technology, cyber-security and connectivity to cement Dubai’s place as a leading global city.”

Indeed, Expo 2020 is expected to further enhance Dubai’s reputation as one of the world’s most dynamic cities and a world-leading destination for tourism, trade, commerce and investment.

“Expo 2020 Dubai’s aims stretch far beyond hosting a spectacular mega event to impress the world. We are making a long-term investment in the future of our country that will significantly boost the UAE economy, helping spur growth and support jobs for many years to come,” says Najeeb Mohammed Al-Ali, executive director of Expo 2020 Dubai Bureau.

Al-Ali cites a recent report by global consultancy EY, which estimates that in the period spanning 2013-2031 – from when the UAE won the expo bid until a decade after the event concludes – Expo 2020 will contribute AED122.6 billion (US$33.38 billion) to the national economy and support more than 900,000 job-years. During the six months of the event, Expo 2020 is expected to contribute around 1.5% of the UAE’s annual GDP.

“The opportunity for the UAE to influence and impress at the world’s largest meeting of minds, and the transformation of the Expo site after the event will all create a significant ‘expo dividend’ that will be felt across a range of business sectors,” says Al-Ali.

“Expo 2020 will have an impact on the future of the UAE for years to come. By stimulating travel and tourism, supporting economic diversification and leaving a sustainable economic legacy, it will cement the UAE’s position as the leading destination for business, leisure and investment in the region and beyond.”

The Expo Effect: How property values have risen in host cities