Eric Clapton to perform in Dubai 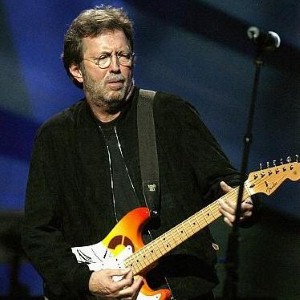 Eric Clapton is set to perform at Dubai Media City Amphitheatre next year.

His concert on March 6th will be the only stop in the Middle East during the guitarist's latest world tour and it represents the first time he's played in the area since 2011.

As a world-famous musician with a history including bands such as the Yardbirds and Cream, Mr Clapton's choice of Dubai for his one and only stop in the Middle East says a lot about the emirate's continued importance and status.

Thomas Ovesen, chief operating officer of Done Events, said: 'This is the first time that 17 times Grammy Award winning artist Eric Clapton will play live in Dubai and we look forward to a packed Media City Amphitheatre for what promises to be a night of world class rock and roll.'

Dubai has a vibrant, growing music scene. In addition to large scale events such as Dubai Music Week, there are often smaller music festivals across the year. Dubai Jazz Festival, for instance, will take place between February 13th to 21st next year, offering various acts with big names such as Jamie Cullum already set to headline.

Even outside festivals, smaller venues support a stable following for bands of various sizes - the international and multicultural nature of Dubai allows it to grab both globally recognised names, such as Clapton, and musical acts from various countries.

It was announced today (October 31st) that popular Arab singer Nancy Ajram will be performing in Dubai on November 15th. The artist previously won a World Music Award as best-selling Middle Eastern Artist in 2008 and is a perfect example of the diverse culture and audiences catered for when it comes to the region's musical entertainment.

Tickets for Eric Clapton are not currently on sale as they will be released closer to the time, so fans of Slowhand need to be patient.