Emirates to boost Brazil arrivals with new A380 service 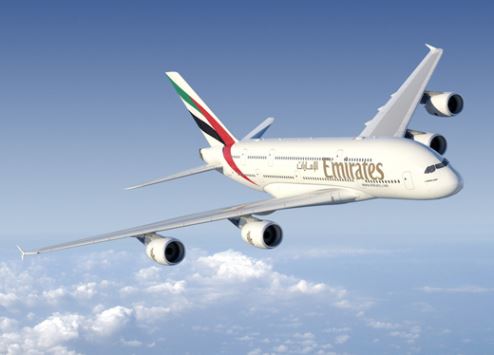 Emirates will operate the first ever scheduled commercial A380 flight from South America when it upgrades its Sao Paulo (GRU) to Dubai (DXB) service in March.

Replacing the existing Boeing 777-300ER used on this route, the A380 service will mark the airline’s 10th year of operations in Brazil, which it began with daily flights between Sao Paulo and Dubai in October 2007.

Back then, Emirates had already made history becoming the first airline to connect the Middle East and South America with a non-stop, direct flight service. In 2012, Emirates expanded its presence in Brazil with the start of a daily service between Rio de Janeiro and Dubai.

“The switch to the A380 offers a total of 959 additional seats per week in each direction meeting a growing demand from travellers on the route and demonstrating our commitment to Brazil and to the South American region,” said Hubert Frach, Emirates’ divisional senior vice president, commercial operations, West.

The introduction of Emirates’ A380 service to Guarulhos International Airport, Sao Paulo, makes it possible for Brazilian travellers to fly only on A380s to their final destinations, particularly when travelling to Asian cities, via Dubai.

Emirates SkyCargo, the freight division of Emirates, facilitates trade between Brazil and its global trade partners. In addition to the cargo capacity offered on the A380 to Sao Paulo, Emirates SkyCargo also operates a freighter twice a week from Viracopos carrying Brazilian exports to other global destinations.

Emirates will deploy its three-class A380 on the Sao Paulo route, offering a total of 491 seats, with 14 private suites in First Class, 76 lie flat seats in Business Class and 401 seats in the Economy Class cabin.