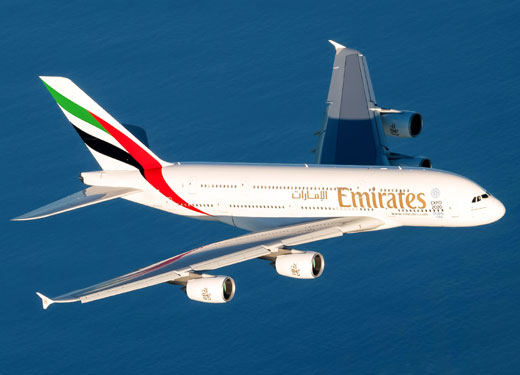 Emirates, the world’s fourth-largest airline and a valued partner of The First Group, was the big winner at year’s Business Traveller Middle East Awards, being recognised in five prestigious categories.

The Dubai-based carrier was named Best Airline Worldwide at the awards ceremony, which was staged this week in Dubai in conjunction with Arabian Travel Market 2019.

The Business Traveller Middle East awards are judged by a panel of travel experts alongside the magazine’s editorial team.

Commenting on the airline’s achievements, Thierry Antinori, executive VP and CCO for Emirates, said: “It is an honour to receive these five gongs from the Business Traveller Middle East Awards 2019 and to see that our brand is recognised by customers is a fantastic encouragement to continue to raise the bar and develop innovative products and services, with a strong customer focus aligned with our brand promise to ‘fly better’. We would like to thank our employees for the hard work and commitment they deliver for an exceptional customer experience which helps Emirates stand out on the global stage day in and day out.”

Investors with The First Group who are members of the firm’s exclusive loyalty scheme, TFG Rewards, receive complimentary membership of Emirates’ Skywards programme.

The Business Traveller Middle East Awards cap a strong start to 2019 for Emirates. In January, the carrier received four awards at the 2019 TripAdvisor Travellers’ Choice awards for Airlines, including Best First Class in the world and the overall Travellers' Choice Major Airline honour for the Middle East. TripAdvisor also ranked Emirates as one of the world’s top carriers based on the quantity and quality of reviews and ratings for airlines by TripAdvisor flyers.