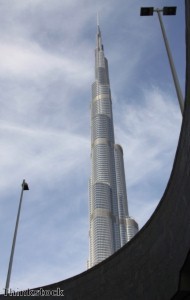 The event, which occurred on March 29th, is designed to raise awareness of environmental issues such as global warming, by encouraging people to switch off all non-essential lighting and electrical items for a period of one hour. Around 7,000 cities across the globe were said to have taken part in the scheme.

According to statistics released by the Dubai Electricity and Water Authority (DEWA), the amount of energy saved this year was 22 per cent higher than in 2013. In addition, the organisation stated around 16 average homes could be powered for 12 months as a result of the levels of electricity conserved by last weekend's initiative.

Meanwhile, the US Environment Protection Agency's (EPA) greenhouse equivalencies calculator suggested the energy saved in Dubai last Saturday was equal to the emissions of 37 passenger vehicles for a whole year. Alternatively, it was also the equivalent of 63 tonnes of waste sent to landfill sites.

Since the emirate began supporting the initiative in 2008, it has reduced a total of 1,036,000 kWh of electricity and around 622 tonnes of carbon dioxide emissions. According to the EPA's calculator, this is equivalent to taking 150 cars off the road for a year or saving the greenhouse gasses produced by 256 tonnes of landfill waste. The authority stated this level of gas emissions was the same as burning gasoline from 9.5 average tanker trucks, each carrying around 8,500 gallons of fuel.

Saeed Mohammed Al Tayer, managing director and chief executive officer of DEWA, commented: 'This year, Earth Hour achieved strong results in reducing electricity consumption thanks to our partners from ministries, government departments and private institutions, and significant participation from the various segments of society, which underlines the strong environmental awareness of the residents of Dubai.'

During the initiative, landmarks such as the Burj Khalifa, Sheikh Rashid Tower and Sheikh Zayed Grand Mosque were plunged into darkness. Meanwhile, Dubai's airports also took part in the scheme by powering down all non-essential lighting for an hour in the 24 days leading up to this year's event.