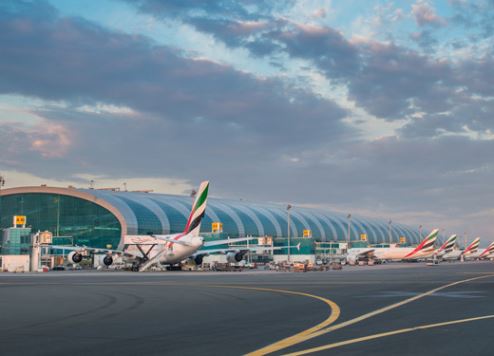 Dubai International Airport (DXB) was the third busiest airport in the world last year, moving up from its sixth place ranking in 2014, according to the Airports Council International (ACI).

The world’s largest air cargo hub continues to be Hong Kong, ahead of Memphis and Shanghai. Dubai ranked sixth while Doha entered the top 20 after a jump of 46 percent in air cargo volumes in 2015.

“It’s impressive to witness the dynamic character of the aviation industry and its evolution over time,” said Angela Gittens, director general, ACI World. “We continue to observe double-digit growth rates at major Middle Eastern and Asian hubs serving long-haul routes in emerging markets. With the continued rise in per-capita income and liberalisation of air transport across these markets, the propensity to travel by air will rise accordingly.”

The recent opening of Concourse D, which boosted the airport’s capacity from 75 million to 90 million passengers, will support this growth.